What is the format of fantasy games on MyClubtap? Print

All fantasy games are based on the traditional format of fantasy cricket. where the fantasy game runs for the entire duration of the season/competition.

Every game owner/admin has the option to change their game structure from 11 players per team structure to one of these 6 options, which in-turn changes the Salary Cap allowed for that game. 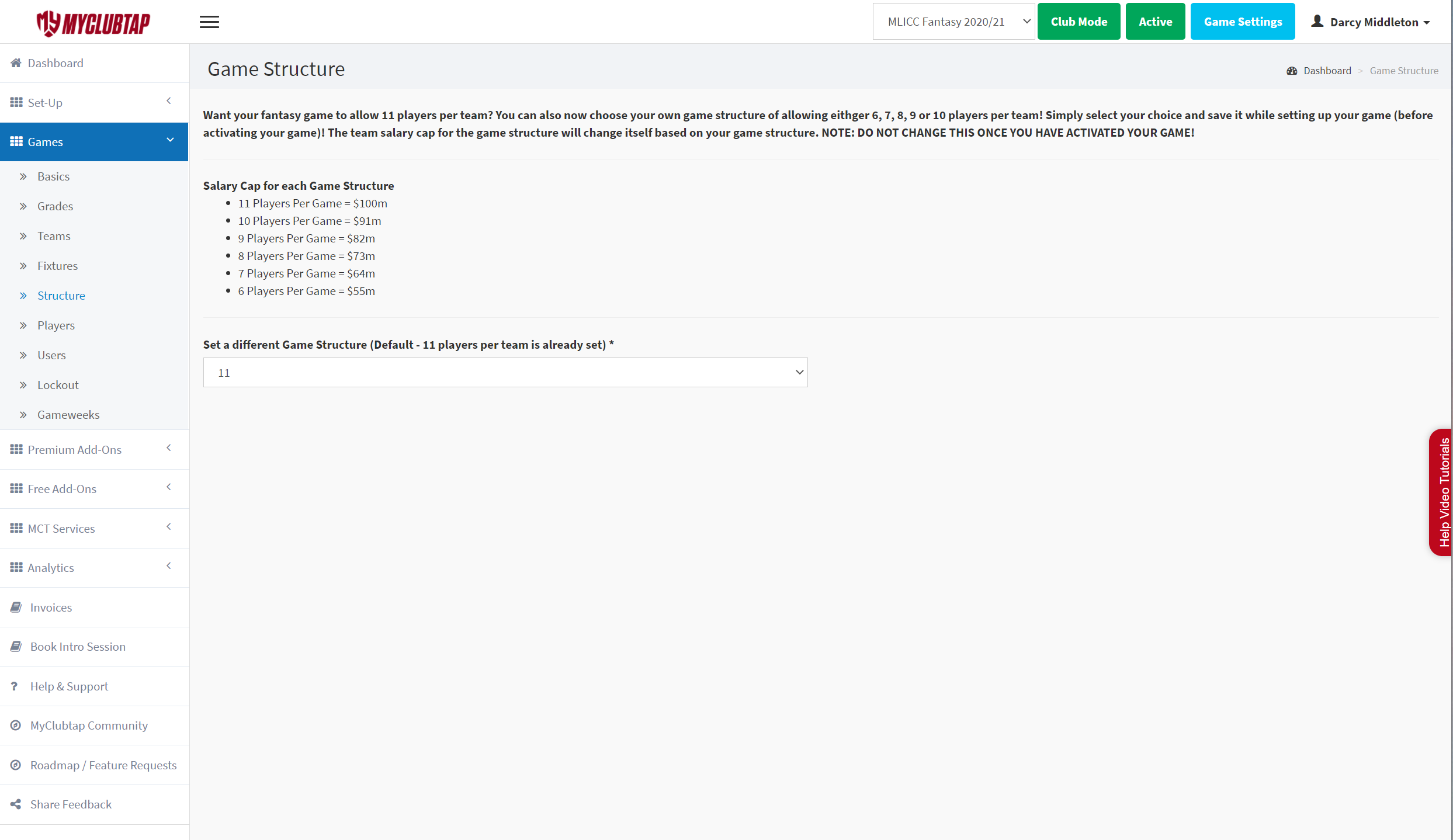 Based on the game structure chosen for the game:

V
Vicky is the author of this solution article.

Did you find it helpful? Yes No

Send feedback
Sorry we couldn't be helpful. Help us improve this article with your feedback.